Add to your calendar

Examples of Deconstruction and Renovation in Estonia 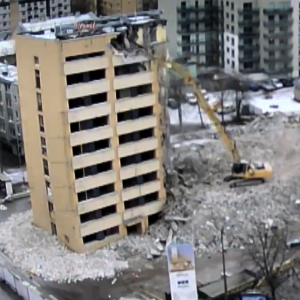 During its reconstruction the Ugala theatre recieved a major overhaul both externally and internally. For example:

At its peak period the project involved more than 250 workers on site. During his lecture, Priit Luman will give insight into this exciting journey and its results.

About the lecturer
Priit Luman works as a Buildings Construction Director of Nordecon. Nordecon is a group of construction companies whose core business is construction project management and general contracting in the buildings and infrastructures segment. The consolidated revenue of the Group in 2015 was 145.5 million euros. Currently Nordecon Group employs close to 700 people. Since 18 May 2006 the company’s shares have been quoted in the main list of the NASDAQ OMX Tallinn Stock Exchange. Priit Luman has been working in Nordecon since 2009 and since 2013 he is the head of buildings construction division. Priit graduated from Tallinn University of Technology in Civil and Building Engineering in 2010, obtaining a cum laude Master’s degree in Science in Engineering. Priit Luman has been issued a Level V Diploma Civil Engineer by the Estonian Association of Civil Engineers.

Purustaja OÜ performed the demolition of Park Hotel in the city centre of Tallinn at the end of 2013. The presentation will cover the following topics related to this demanding demolition job:

Most of the demolition works were performed in a short time frame during the months of November and December in 2013. The main contractor for building the brand new Hilton Tallinn Park Hotel at the same site was Merko Ehitus Eesti AS. 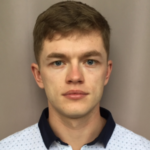 About the lecturer
Siim Suviorg (born at 25.07.1988) is a project manager and member of the board at Purustaja OÜ. Siim Suviorg has been working as a project manager at Purustaja OÜ since graduating from TTK University of Applied Sciences in summer 2013. During those three and half years he gained remarkable experience through managing several demolition projects, which could be considered as landmark demolitions. These include the Park Hotell in the city centre of Tallinn, the old Department Store in the city centre of Tartu and the former Dvigatel factory building in the rapidly developing Ülemiste City. Since February of 2017, Siim Suviorg is member of the board at Purustaja OÜ and is responsible for all of the company’s demolition activities in Estonia.